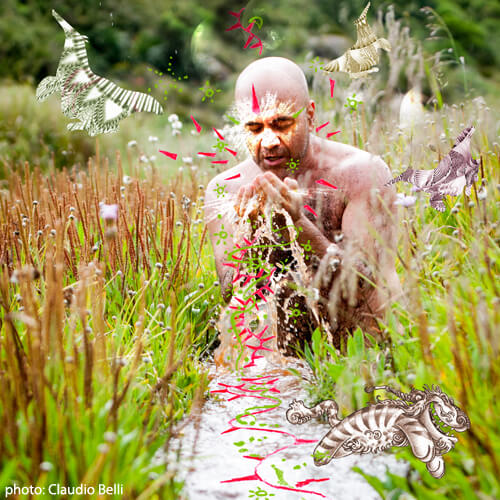 However good or elevate a thought or idea is, it is still just this, a phenomenon of the mind.

Manograhya is a Sanskrit word that means «that which can be perceived by the mind».

The Puranas say that it is in ignorance even the one who reveres Love in his most sublime expression, but who believes that through such reverence he can find something that can be apprehended by the mind.

In samadhi consciousness, we are beyond ideas and thoughts. There is awareness of peace, brilliance, and compassion. But there is no explanation.

The poetic expression is the human form of language that comes closest to this ineffable consciousness because instead of seeking logic, it expresses the astonishment of existence. Like in this song of the Brazilian songwriter Nando Reis:

Second Sun, by Nando Reis:
When the second sun comes, to realign the orbits of the planets.
Knocking down with exemplary amazement, what astronomers would say it was just another comet.
I’m not saying I’m not surprised.
Before I saw it, you told me and I could not believe it.
But you can be sure that your phone will ring in your new home, which now houses the trail included in my transformation.
I just wanted to tell you, that I went outside and saw two suns in the same day and the life that burns without explanation.
There is no explanation.

This is the link for the original Portuguese post: Pra lá de Manograahya