The Significance of Shivaratri 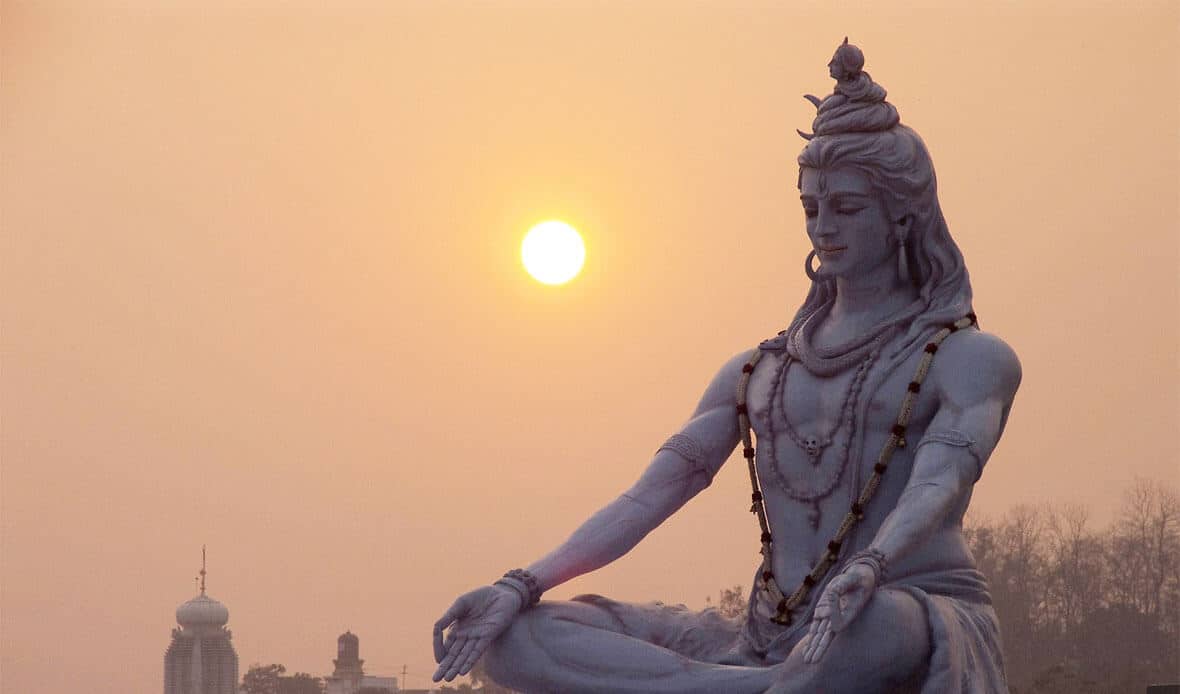 There is a deep significance behind the idol worship prevalent in Hinduism. It aims at an understanding and realization that every image of God represents a particular facet of the omnipresent, omniscient and omnipotent Supreme Divine Almighty.

After the celebration of Saraswati puja in the month of magha (January-February), Shivaratri is observed on the fourteenth day of the dark fortnight in the lunar month of phalguna (February-March). The tradition of Shiva is the worship of creation itself, and it embodies the deepest metaphysical truths of Yoga and Vedanta. According to Hindu scriptures, the worship of Shiva is very mysterious and its understanding can be realized only through deep spiritual practice.

Before creation, there was only the Void. God, as the subtle cosmic soul, was unmanifested, without any attributes. In the Taittiriya Upanishad 2:1:1, it is said that God wished to manifest Himself everywhere in various forms and with this desire, the cosmic consciousness first vibrated itself in the form of the sky. Other elements, such as air, fire, water, and earth gradually evolved out of the void (akasha). This evolution continued to eventually culminate in the manifestation of the plant, animal, and human kingdoms. The Shiva worship is closely associated with these various manifestations.

During Shivaratri, we give our offerings to eight manifestations of Shiva, symbolized by his eight principal names: Sarva, Bhava, Rudra, Ugra, Bhima, Pashupati, Mahadeva, Ishana. We pay our obeisance to Shiva, who conceptually represents all five elements. Thus Sarva represents the earth tattwa (elemental energy), Bhava the water, Rudra the fire, Ugra the air, and Bhima the sky. Lordship over the animal kingdom (Pashupati) is also attributed to Shiva who is considered the supreme God (Mahadeva), and the embodiment of calmness and bliss. In other words, Shiva is manifested everywhere in the universe through the elements: earth, water, fire, air, and through animals, deities, and gods. He also exists in the spinal canal in the human body in the different chakras, which embody the qualities of the elements and are responsible, in man, for the creation of all animal and divine propensities.

The worship of Shiva on Shivaratri ends with offerings to the sacred lingam—an ellipsoid smooth stone— seated in its yoni—a shallow elongated dish. According to the fertility cult, these two sacred symbols are often described as the phallus (lingam) coupled with the female genitalia (yoni), which has generated much criticism and incomprehension in the West. Still these symbols have a much deeper and more mysterious significance.

There is a duality of existence in each and every created object. One aspect is the body, or prakriti, the other is the soul or purusha. The body is visible and tangible, while the soul is invisible, formless. The soul needs the body to manifest itself and attain liberation, God-realization. The body can only exist if the soul is dwelling within and activating it.

Thus the lingam and yoni together represent the two aspects of Reality:

– the unmanifest, known as Shiva, the formless Supreme Principle, the soul, and symbolized by the lingam

– the manifest, known as shakti (enlivening power), prakriti (primordial matter, as in the body), or Divine Mother, and symbolized by the yoni.

The pedestal of the lingam is the yoni, and it represents the human body, the source of the innumerable desires that man experiences. Man’s three bodies—physical, astral, and causal—form part of this pedestal. Leaving aside the possibility of emergence of any kind of desire, the key point to remember is that unless the soul is coupled with the body, the body cannot live even for a moment. Through inhalation, the invisible soul, lingaraj, or Shiva, is always in coition with the body, and maintaining its life. The soul is the guide, caretaker, container, and sustainer of the being, but human beings do not realize that the soul alone is breathing. If the formless Shiva does not always remain in the divine cave in the human mind through inhalation, the five senses cannot function and provide at every moment nourishment for man’s innumerable desires and moods. The five-faced Shiva is thus manifested through the five senses.

Parashakty atma mithuna samyogananda íshwarah: the real sexual intercourse is between the female body-nature and male soul or God-nature, through every breath. The yogic state presupposes the realization of this ceaseless union of body and soul. This realization can only be attained through sadhana, spiritual practice, on the ceaseless movement of breath between the nostrils and the fontanel. This is the essence of the worship of the Shiva lingam.

Many people fast (i.e. observe upavasha) on this day. The translation of upavasha is «to sit close by». Shiva upavasha means «to sit by the side of Shiva»—that is, to perform the Shiva worship. As explained previously, the lingam is the symbol of the formless God, the void. This void or vacuum is in the fontanel beyond the cave of Brahman (an etheric chamber corresponding to the brain’s third ventricle), which is above the sixth chakra. If one concentrates there, his speech, mind, and soul become calm. Through the practice of the techniques of Kriya Yoga, the inhaled air can be carried upward from the coccygeal center (first, or bottom, chakra) to the supreme vacuum in the fontanel. If one focuses there, one will realize the presence of the unmanifested God. In this state, mind dissolves and there is perception of the divine sound, AUM sound. This type of concentration and depth lead the seeker very close to Shiva and to His realization. This is the real Shiva worship; through it Ashutosh (another name of Shiva meaning, «Who is quickly satisfied») becomes easily satisfied and fulfills the desire of the devotee.

On the night of Shivaratri, devotees remain awake the whole night. Man is always attracted by evil forces through the agency of his five senses and mind, thereby always remaining engrossed in various types of comfort and sense-gratification. If the mind is freed from this complex entanglement and directed toward the divine seat (cave), it brings infinite bliss and the blessings of God. The practice of Kriya Yoga, being scientific in nature, brings quick results toward that goal. Through these techniques, the divine force latent in every human being is quickly and safely awakened, and the mind is elevated to the fontanel—the mount Kailash of Lord Shiva—where it remains always immersed in God-consciousness. This is the significance of the tradition of remaining awake and watchful on the Great Night of Shiva (Mahashivaratri). Remaining awake does not mean staying up all night, nor taking intoxicants or drugs; it means remaining focused in the fontanel. Such observances bring a real spiritual development.

Shiva is stationed in the fontanel of every human being. He is the source and cause of the life-energy which keeps man alive. If God does not inhale for a single moment, life will instantly disappear from the human body. So in concluding his worship, the devotee pays his obeisance to the Lord with these words: «O, Shiva, You are the cause of the creation, sustenance, and annihilation of all beings.» He further exhorts, «O God of gods, You are the cause of all beings, their attributes, as well as the Cause of causes. You are omnipotent, unmanifested, and blissful. I bow to Thee everywhere. O Ashutosh, You are the supreme goal of man, and You are the refuge of all the propensities in man. If it were not for You, all beings would be inert and powerless. O Shiva, I bow to Thee a thousand times with love and devotion. O Lord, through Thy grace, let all my actions and thoughts be crowned with success. »

A Quote from the Shiva Samhita

In this body, the mount Meru—i.e., the spine—is surrounded by seven islands; there are rivers, seas, mountains, fields; and lords of the fields, too.

There are in it seers and sages; all the stars and planets as well. There are sacred pilgrimages, shrines; and presiding deities of the shrines.

The sun and moon, agents of creation and destruction, also move in it. Ether, air, fire, water and earth are also there.

All the beings that exist in the three worlds are also to be found in the body; surrounding the Meru they are engaged in their respective functions.

(But ordinary men do not know it.) He who knows all this is a yogi; there is no doubt about it.